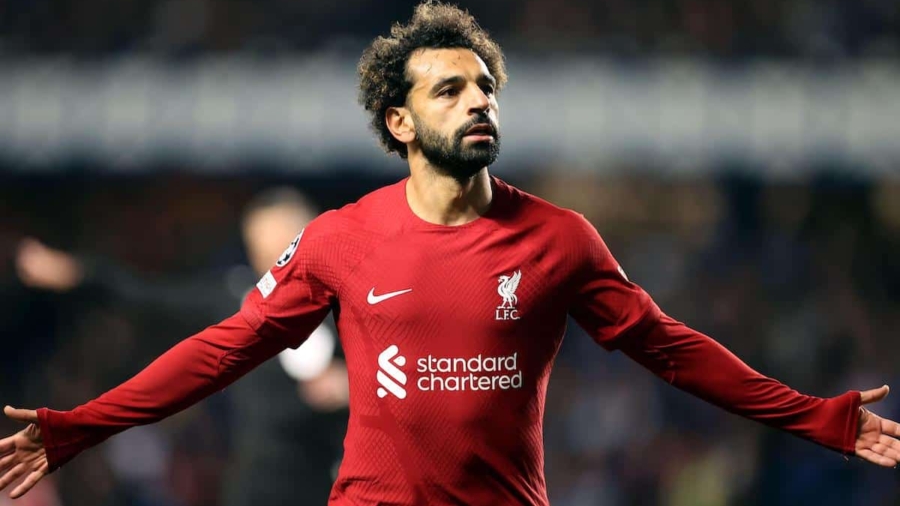 Mohamed Salah has broken the Champions League record for the fastest-ever hat trick, taking just six minutes and 12 seconds against Rangers. The Egyptian who was a second-half substitute during Liverpool’s 7-1 win, made up for his absence in the first half by scoring in the 75th, 80th, and 81st minutes.

Liverpool’s win against Rangers on Wednesday,12th October 2022 has set the club a foot into the champions league last 16.

Rangers who had an early lead with a goal from Scott Arfield in the 17th minute of the first half, suffered another defeat on their return to the Champions League for the first time in 12 years ss they remain without a point and have conceded 16 goals in their four games.

Roberto Firmino scored the equalizing goal to make it 1-1 at half time, Second-half goals from Firmino, Darwin Nunez, and Harvey Elliott further placed Liverpool ahead of the

Liverpool Coach Jurgen Klopp had left Mohammed Salah and Thiago Alcantara on the bench ahead of Sunday’s Premier League match against Manchester City.

Both players were brought on in the last 22minutes of play.

Salah netted his three goals in just six minutes to beat the previous record held by Bafetimbi Gomis in Lyon’s 7-1 win over Dinamo Zagreb in 2011.

The last goal from teenager Harvey Elliott changed the mood around Liverpool entirely.

Liverpool now needs at most a point to qualify for the last 16.

The match also signaled the elimination of Rangers from the champions league with two games left to play.