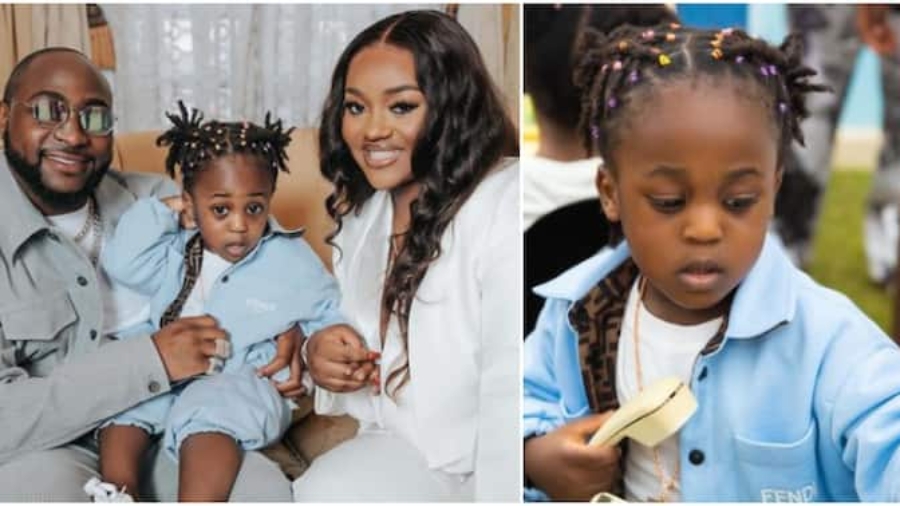 Many emotions have trailed the reported death of singer, Davido’s son, Ifeanyi.

Rumors of the death of the 3-year-old boy started filtering social media after a tweet suggested that the popular music artiste had lost his son. The rumors gained ground when Nollywood actress, Eniola Badmus, who is said to be a close friend of the music artist posted a heartbreak emoji on her Instagram page and captioned it “But why???” A post she has since deleted.

Since the news broke out, no member of the 30BG has denied or confirmed the rumor of the death of the boy, however, several other celebrities like Ayo Makun, Lasisi Elenu, and radio personality Daddy Freeze among others, have posted cryptic messages which seems to confirm the death of Ifeanyi.

Ayo Makun, in an Instagram post in the early hours of Tuesday, wrote, “The death of a child is unnatural, unfair, and tragic, this hit me so bad.”

Lasisi Elenu in his own post, said, “Father heal your children’s hearts from this pain, strengthen them in such a dark and hurtful time oh Lord.”

While Daddy Freeze had gone live on Instagram, he didn’t confirm the death and sent his condolences to Davido and Ifeanyi’s mother, Chioma Rowland.

Unconfirmed reports stated that Ifeanyi had drowned in a swimming pool at the singer’s residence in Banana Island, Lagos. Sources claimed he was rushed to a hospital in the Lekki area of the state, however, doctors had allegedly reported he was brought in dead.