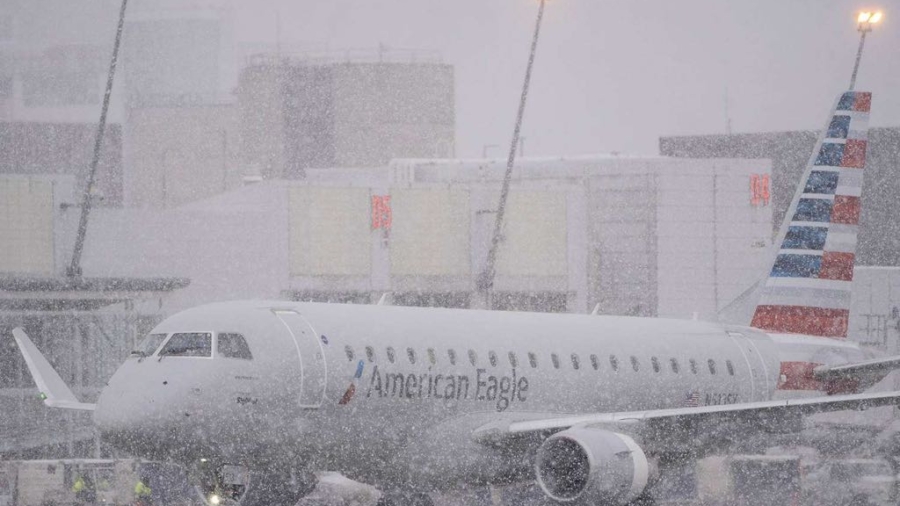 In the busiest season of the year, several Airlines around the US are experiencing changes in flight schedules, ranging from delayed flights to total cancellation of some flights.

The delays are a result of storms that seem to have hit a large part of the Midwest with a bomb cyclone. Most parts of Chicago experienced a rapid temperature drop on Thursday.

The Arctic blast is expected to move towards the Eastcoast by Friday.
Most airlines around Chicago experienced delays in taking off on Thursday with at least 200 flights canceled.

There were more than 150 flight cancellations at Denver International Airport. While Southwest Airlines experienced the most cancellations with at least 570 flights canceled. Nothing less than 1,400 flights have been canceled and 1,800 delayed as of the time of filing this report.

The impact of the storms will be felt by nothing less than 133 million people who are expected to travel throughout the holiday season.

Department of Transportation Sec. Pete Buttigieg said although airline staffing is currently high enough to handle the large influx of people during their busiest period of the year, there’s a need to employ more staff as “there’s not a lot of cushions”.

“We really need to see more staffing on the airline side, we’re especially looking at pilots and mechanics. Even in our own organization at FAA, we’re working to get more air traffic controllers prepared and qualified”

He also implored passengers to keep themselves informed and if necessary, make changes to their flight schedules.