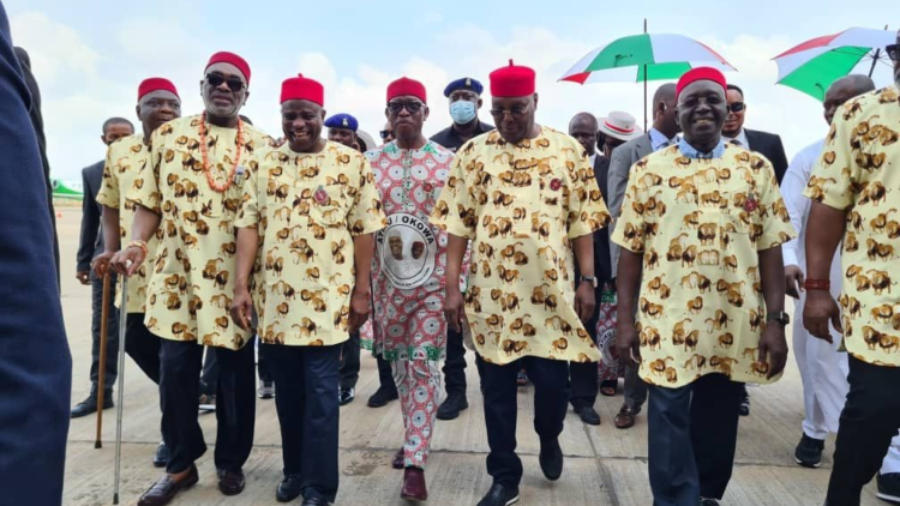 The presidential candidate of the People’s Democratic Party(PDP), Atiku Abubakar has made a promise to the people from the South Eastern part of the country. Atiku, during his campaign rally in Anambra, said his administration will resuscitate the industries in the zone so as to boost the economy of the country.
He also promised to ensure that the Onitsha Port functions to its full capacity.

The former Vice President stated that these were some of the requests governor Charles Soludo of Anambra State had presented to him when he met with the governor before the commencement of the campaign rally.

Atiku said “On our arrival today, we visited their governor, Professor Soludo, and he said to me, I know you are going to work but make sure that all the federal roads that pass through Anambra State are reconstructed.

“And I promised him, I’m going to do that, he said ‘make sure that you control our erosion, because Anambra is the erosion headquarters of the world. Erosion is destroying our farmlands, destroying our houses and everything.”

“This is a very gigantic project. And I promised him I am going to do that, and you know I have worked with Soludo before, he is a first-class patriotic Nigerian.”

“You have an excellent governor. He also appealed to me that Onitsha port this time around we are going to dredge River Niger and Onitsha port will function.”

“We are also going to help Anambra industrialize the state so that the state will create as many jobs for our young men and women.”

“And you know, I promised to set aside $10 billion to promote small-scale and medium enterprise for our young men and women so that they can be independent.”

Promising the people of the South East presidency after his tenure, he said
“I am going to be a stepping stone to an Igbo president in this country. I have shown it in my actions because this is the third time I am running with an Igbo man. If you really want to produce a president, then vote for the Atiku-Okowa ticket.”