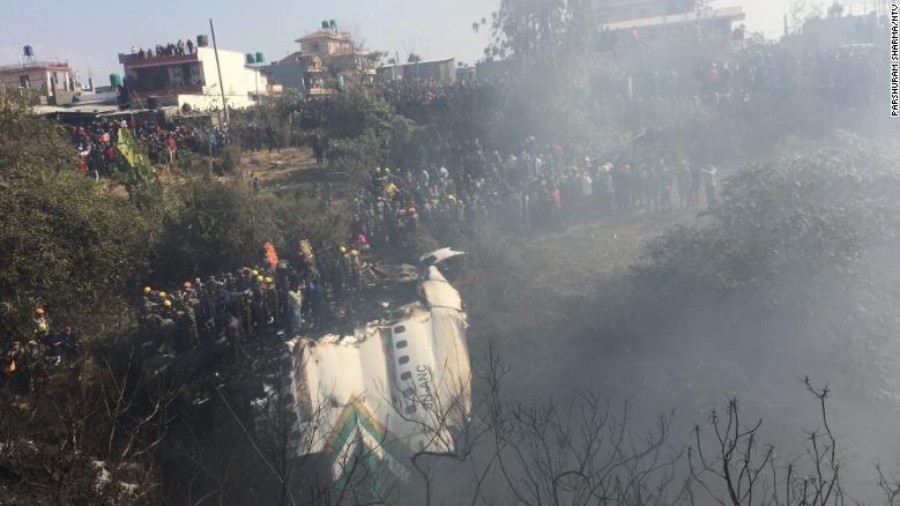 At least 68 people were killed in what is the worst plane crash in 30 years in Nepal.

Yeti Airlines with 72 people on board crashed on its way from Kathmandu to Pokhara. Rescue teams have so far recovered 68 bodies from the site of the crash. At the close of Sunday’s search of survivors, authorities say no survivors had been found as the search will resume on Monday.

Among the recovered bodies is the body of one of the infants.

The Government has formed a five-member panel to investigate the cause of the crash. And the report of their probe is expected to be submitted to the government within 45 days.