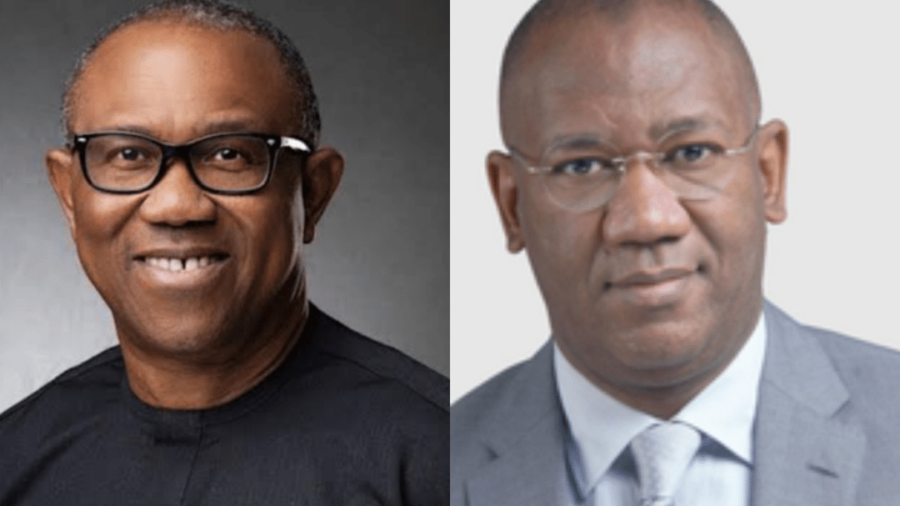 The National Chairman of the Labour Party, Julius Abure is the Chairman of the Advisory Council of the Presidential Campaign Council while Osaleka Obaze, former Secretary to the Anambra State Government under Peter Obi was named General Manager of the Campaign.

The unveiling was made public by the National Organising Secretary, Mr. Clement Ojukwu, at a Pre-Campaign Press Conference, in Abuja. The flag bearer of the party, Mr. Peter Obi, and his running mate Sen. Datti Baba Ahmed, was however absent at the unveiling.

Obi had to attend the 52nd Institute of Chartered Accountants of Nigeria (ICAN) conference.
While the event was ongoing, Peter Obi tweeted that he was attending the conference.
“I just arrived at the 52nd ICAN Annual Accountants Conference.-PO,” he tweeted.

In his address at the unveiling ceremony, the DG of the campaign council, Doyin Okupe, a former media aide to Presidents Olusegun Obasanjo and Goodluck Jonathan, said the processes that saw Bola Tinubu and Atiku Abubakar emerging as presidential candidates of the All Progressives Congress (APC) and Peoples Democratic Party (PDP) are “dishonorable” and “flawed”.

Adding that
“In all honesty, these errors of selfish and opportunistic political manipulation are not only short-sighted and dangerous, but strike at the very heart of Nigeria’s peaceful coexistence, and in fact the very survival of the nation as an entity,”

Speaking at the unveiling ceremony, Doyin Okupe, director-general of the campaign council, said the processes through which Bola Tinubu and Atiku Abubakar emerged as presidential candidates of the All Progressives Congress (APC) and Peoples Democratic Party (PDP) are “dishonorable” and “flawed”.

“In all honesty, these errors of selfish and opportunistic political manipulation are not only short-sighted and dangerous, but strike at the very heart of Nigeria’s peaceful coexistence, and in fact the very survival of the nation as an entity,” Okupe said.

“And that is why, in response to this affront to good judgment, more than at any time in our history, our country is today witnessing her hottest, fiercest, and most dynamic citizen-led political experience, spearheaded largely by the youth population.”

Describing the Obidient movement as organic, Dr. Doyin Okupe said; “At this juncture, for the avoidance of doubt, let me state here clearly that our party, the Labour Party, as well as the Obi-Datti presidential ticket of the party, have not spent a kobo to organize, influence, or secure the massive following and support we have been getting from the Obidient Movement to date,”

While making reference to the figures recorded by INEC from its just concluded Continuous Voter Registration (CVR) and the recent involvement of youths, Dr. Okupe claimed Mr. Obi has a “minimum of 15 million votes already.”
He also stated over 50 percent of the people supporting the Party’s presidential candidate have PVCs and should not be underrated.
He said;
“We are going to show them. We are going to show them that they are old school.
“Over 50% of these people (on social media platforms) are ‘Obidients’ and with starting, we have a home run of a minimum of 15 million votes.”

Speaking on the inclusivity of the list, the Secretary of the Labour Party, Umar Farouk, said the list contains members of the party from the six geopolitical zones as well as People Living With Disabilities.

Other notable personalities in the list include Clement Ojukwu and Yunusa Tanko who were announced as Secretary and Chief spokesperson of the Presidential campaign council respectively.