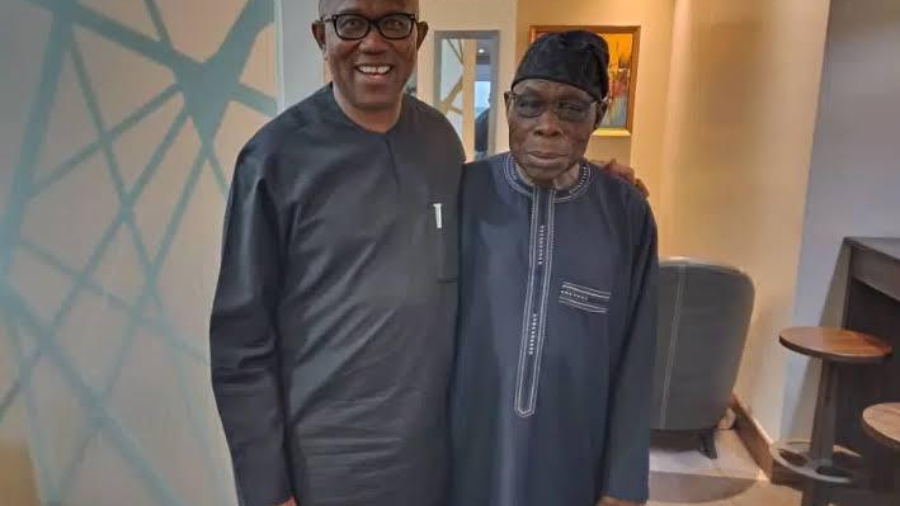 This endorsement has received several backlashes from the ruling All Progressives Congress, APC, and the main opposition party, the People’s Democratic Party, PDP.

The Director, Media and Publicity of the All Progressives Congress (APC) Presidential Campaign Council, Bayo Onanuga regarded the endorsement as worthless.

In a Statement, Onanuga said;

“We read with amusement the endorsement of Mr. Peter Obi, the Labour Party presidential candidate by former President Olusegun Obasanjo in his New Year message on Sunday.”

“Following calls by journalists from various media houses who asked for our reaction, we decided to make this preliminary statement, though we didn’t consider the so-called endorsement to be of any value.”

“We respect the democratic right of former President Obasanjo to support and endorse any candidate of his choice in any election, except that he made it known formally in his new year message.”

“The endorsement is actually worthless because the former president does not possess any political goodwill or leverage anywhere in Nigeria to make anyone win a councillorship election.

“Let alone win a presidential election, he is a political paperweight, he is also not a democrat anyone should be proud to be associated with,”

Also stating that Obasanjo had supported Atiku in 2019 against the President, Muhammadu Buhari, he said;

“Atiku was walloped by Buhari with a wide margin in the election, history will repeat itself in February as our candidate Asíwájú Bola Tinubu will equally beat Obi by a large margin.”

In the same vein, a spokesperson of the PDP presidential campaign, Daniel Bwala described the endorsement as an attempt of the former president at seeking a third term by proxy.

He said; “there is nothing about his (Obasanjo’s) administration of 1999-2007 that gives him the celestial powers to dictate our future or the outcome of an election yet to be conducted”.

“In Nigeria today, we have at least 5 former presidents of Nigeria who are alive and minding their businesses whilst playing the role of fathers of the nation, peace-builders etc, non is so domineering, controlling and meddling with the affairs of the nation like Obasanjo.”

“For the records, Obasanjo also referred to as OBJ has served two terms as a democratically elected president from 1999-2007.”

The traditional posture and role of former presidents has been that of statesmanship, one who guides, promotes, and nurture democratic growth and nation-building through strengthening of institutions, educating and enlightening citizens, promoting citizens participation in government, but OBJ is the one man who believes his role also includes choosing and imposing presidents per time, as if we run a monarchical system of government.

“He believes he is the only former leader who knows what is right for Nigeria, who has the celestial powers to predict the future of Nigeria and the leadership. He believes it is only his administration that has done well and hence the authority to choose next leader or president.

“His way of choosing the next president is either to blackmail the incumbent or denigrate candidates in favour of his choices. He does that often times vide a letter he would release as though its an epistle to the Nigeria about the almighty direction of the country.

“He seem to think we are under military rule. In his 2014 or 2015 letter, he accused GEJ of training snippers to kill citizens, even though it was proved to be a false allegation, in his 2018 or 2019 letter, he accused Buhari of trying to divide Nigeria and cause secession, and today he is writing another letter to accuse two other candidates whom he has vowed would never ascend to the nations loftiest seat, even though he made a U-turn and supported Atiku in 2019 because of hatred for Buhari whom he played a role in bringing him to power. So it’s all about him. To him, his wishes and will equals the wishes and will of the nation.”